The one with the three month update!

Well, I'm terrible at updating.  Obviously I did not get the seven week update in time ... and now my baby boy is three months old! 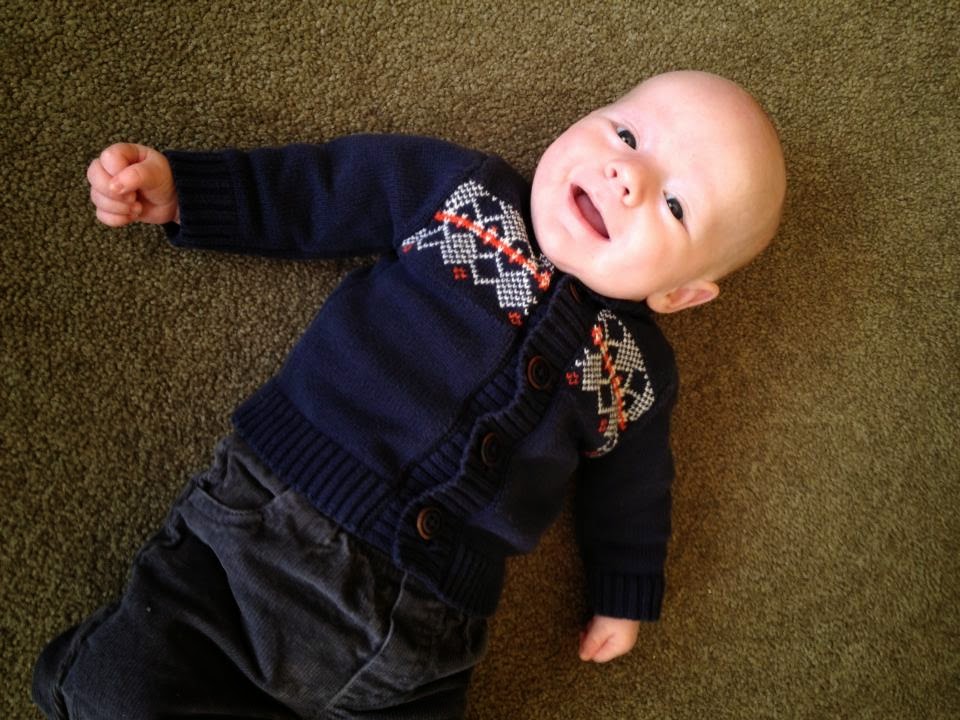 What to say about three month old Myles?
He is a pretty big guy.  I had him to the doctor yesterday and he weighs 13bs7oz.  For someone who doesn't eat, that's pretty good!  ;)  He is happy and healthy and that's all that matters.

His eating and sleeping is still nutty.  He doesn't have a whole lot of interest in eating.  He is still only drinking maybe 4oz at a time, every 3-5 hours.  Once in a while, he'll surprise me and eat 5-6oz but that doesn't always happen.  Thankfully, though, he is still growing just fine and has not fallen off his growth curve so I guess he's just doing okay with a small amount of milk.
He goes to bed around 7pm and usually sleeps until around midnight ... and then it varies from there.  Sometimes he will be up again at 3, sometimes he will sleep until 5.  Sometimes he'll go right back to sleep after he wakes and eats, sometimes he just wants to party.  It is a struggle, for sure.  I like my sleep and he, apparently, does not.  I am hoping that as he gets older, he will start to sleep better.  Please, Myles? 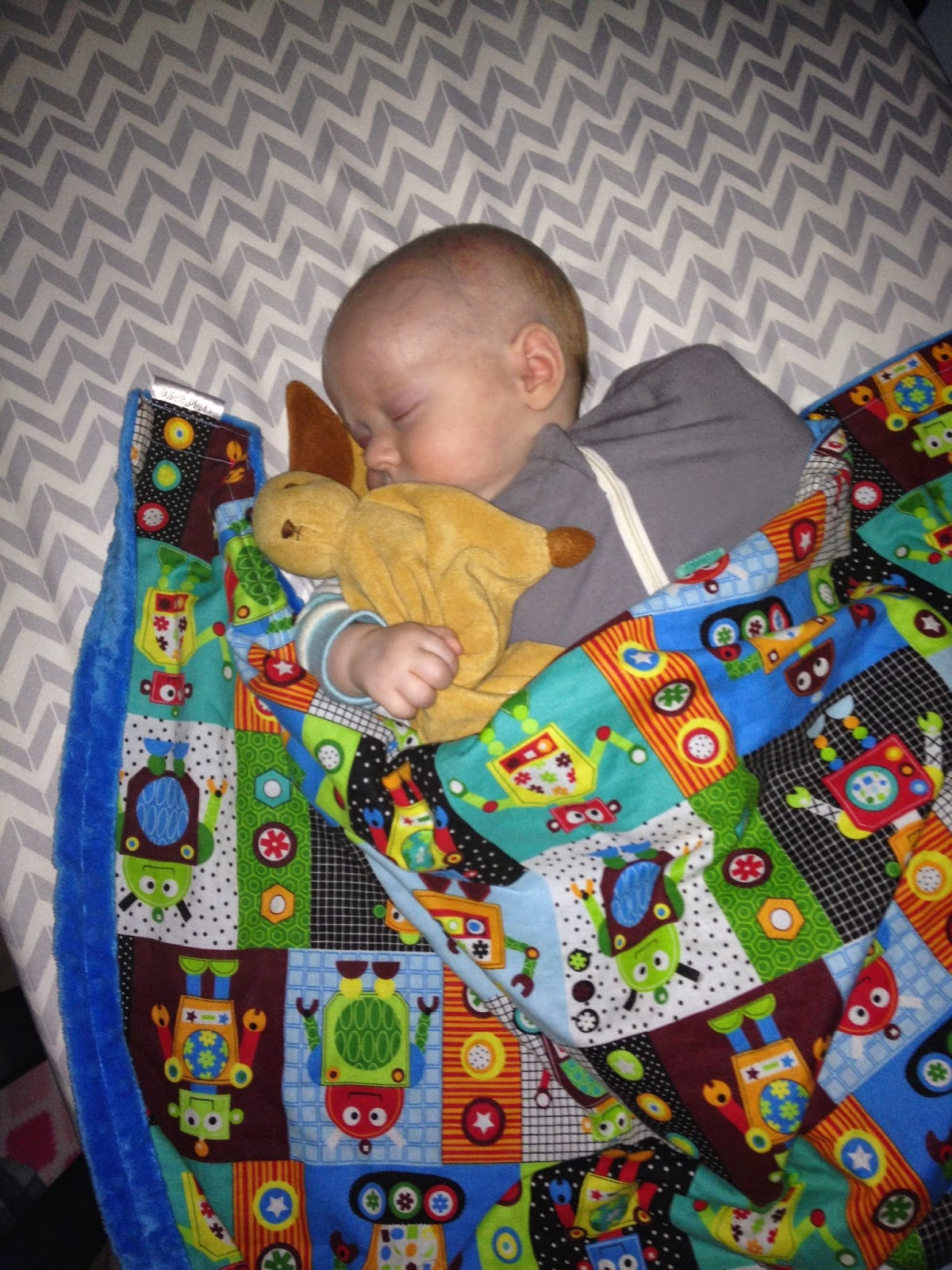 He is a very happy and smiley little guy.  All you have to do is look at him and he grins.  He is so sweet!  He loves getting undressed and every time I start taking off his clothes, he starts giggling.  I love it.  He has the most adorable little baby voice and I love when we have conversations and he just coos.  So so cute.
He enjoys hanging out on his play mat, smacking the dangling toys around.  He is starting to reach for items more and will occasionally grasp toys.  This morning, he was playing with a toy and brought it to his mouth!  Exciting times! 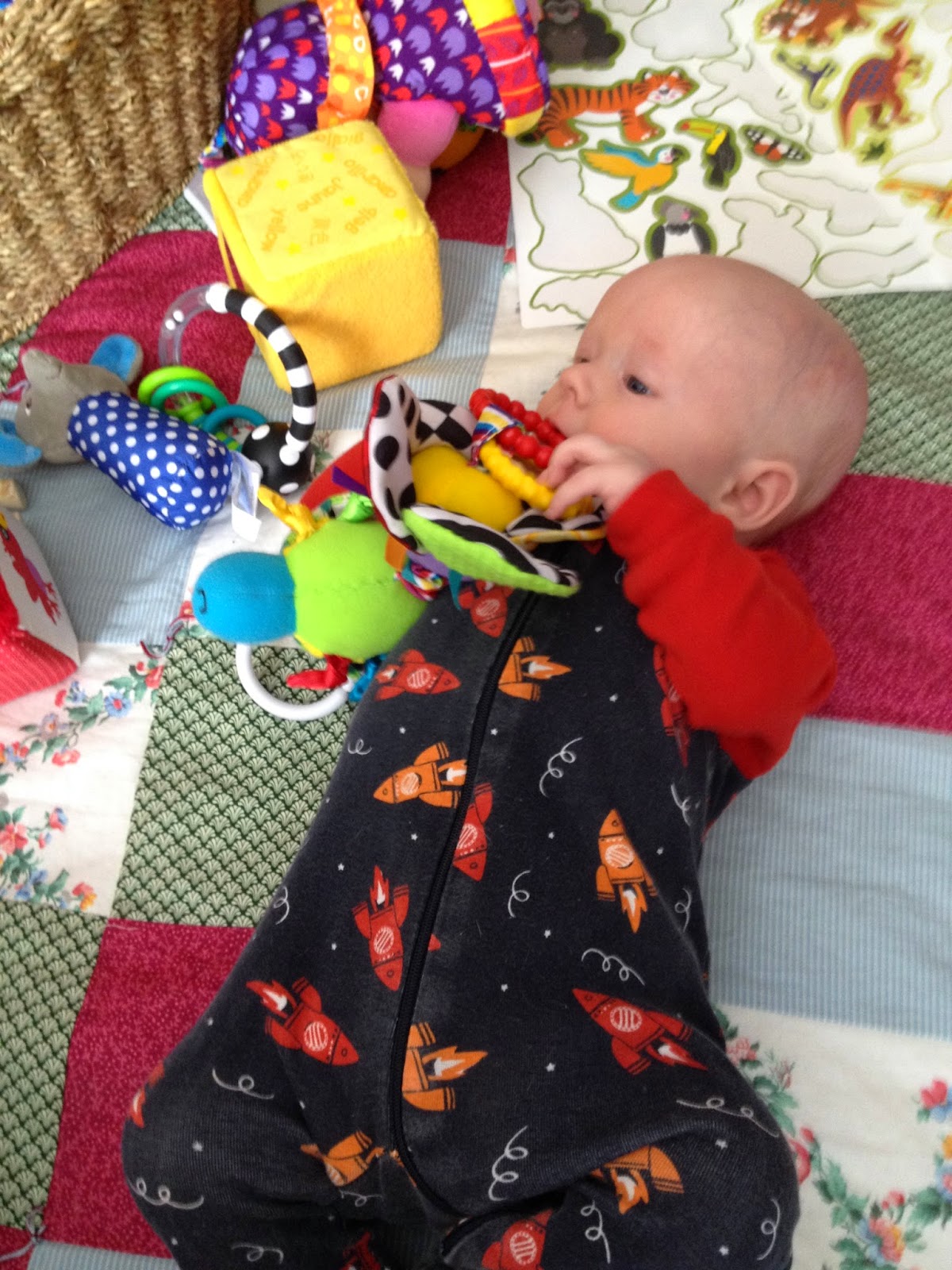 He loathes being on his tummy and just sort of sky-dive poses and screams when I try to put him on his tummy.  I'm not too concerned, though.  He can hold his head steady when I'm holding him upright.  He will like being on his tummy more when he is able to roll there by himself.  He will sit in the Bumbo sometimes but prefers to sit on someone's lap and look around.

He still adores his big sister and will stare at her, smile and laugh, and talk to her.  They are adorable together  :) 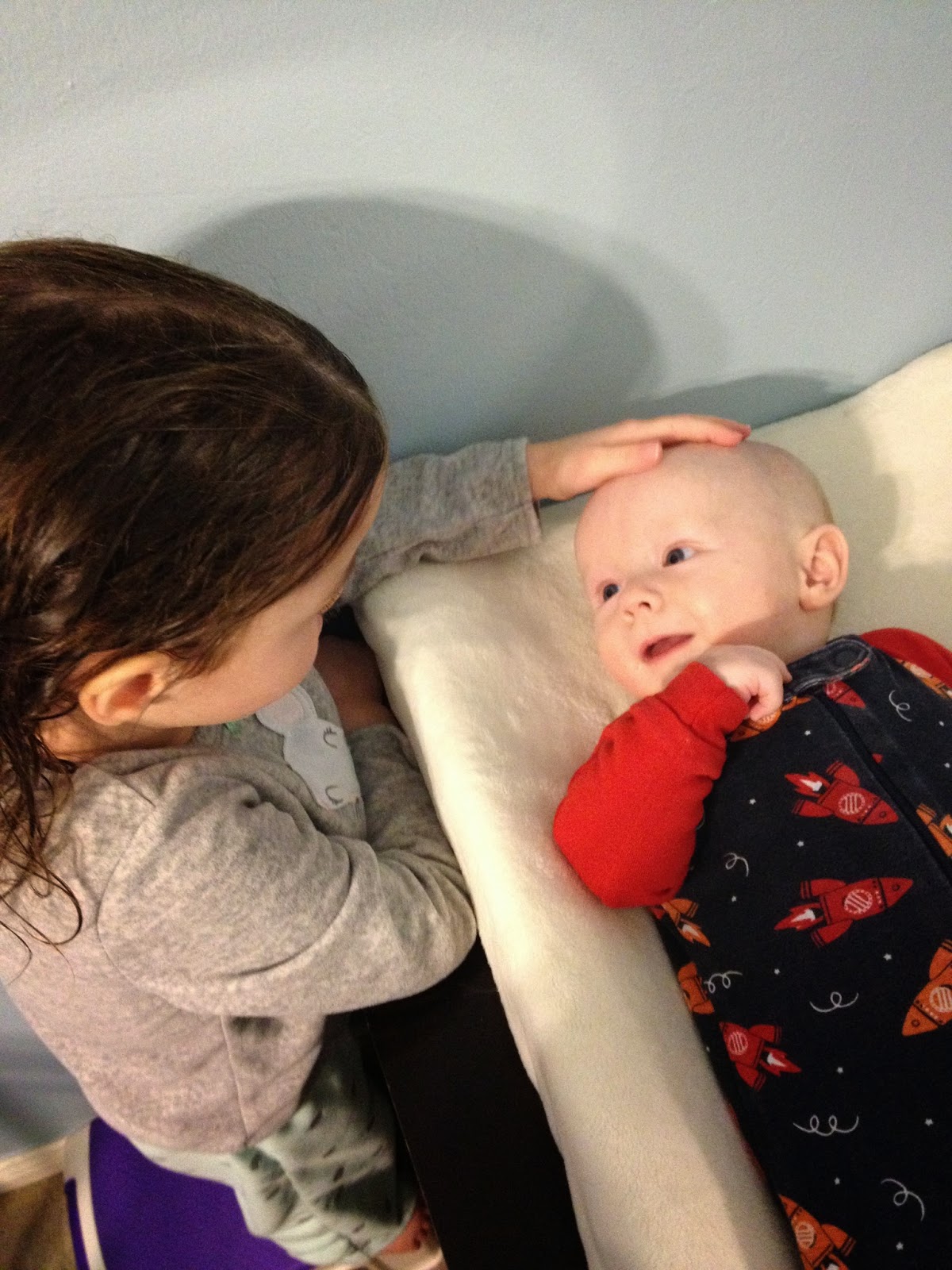 That's all for now!  Let's be realistic and hope for the next update before he is six months old  :)
Posted by Lisa at 9:18 PM